Is it true Christians and Muslims worship the same God? 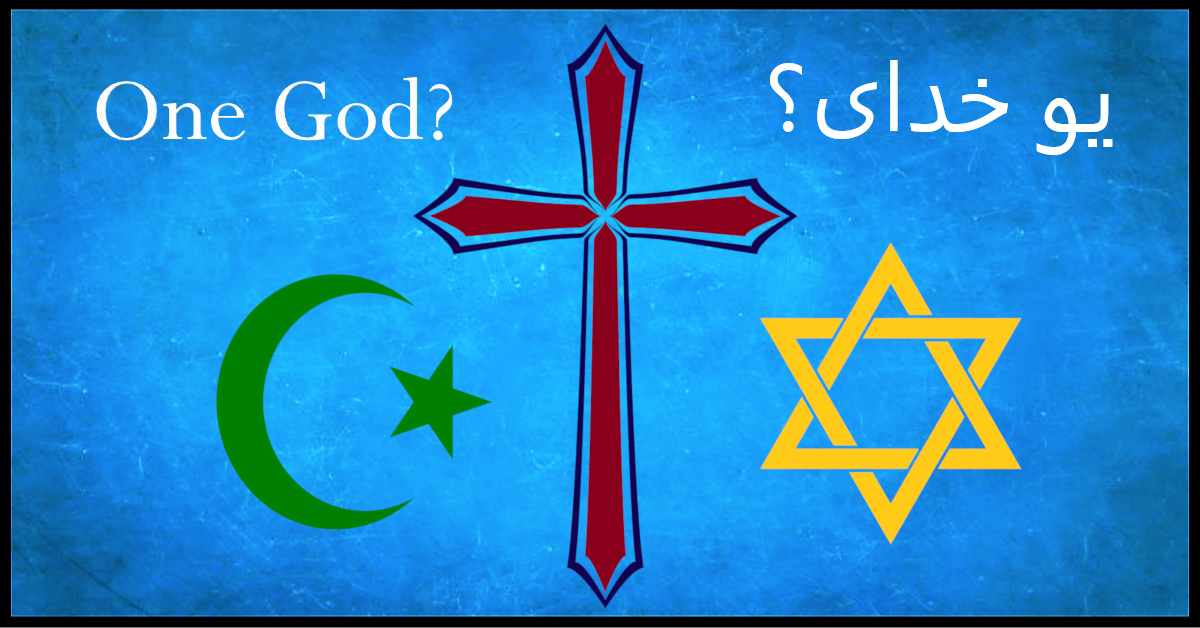 In spite of what the Qur’an teaches however, there can be no way that we worship the same God. Perhaps the main reason for this, is because we recognize that Jesus is God (John 10:30, I Corinthians 8:6, etc.), but the Muslims absolutely deny this truth. In fact, surah 5:72 declares that Jesus is not God and harshly condemns to hell anyone who says otherwise. A God comprised of a trinity and a god not comprised of a trinity cannot be the same god!

There are many other proofs that we do not and cannot worship the same God however. The teachings that these gods give about eternal life are completely different from each other, the characteristics and natures of the gods are diverse (ex. God says we are His children while Allah says we are mere creations and to call ourselves his children is a lie -surah 5:18), and the list could go on.

Of course, Muslims teach that the Bible has been corrupted by man and no longer contains the truth of god’s word; and that this is why there are all of these differences in our understanding of god (Allah). Even if that were true however (which it isn’t), that would mean that we are worshiping some fictional creation of a distorted truth and not worshipping Allah. Either way, we would not be worshiping the same god!

When it comes to Judaism, the answer becomes a bit trickier. After all, they really do worship the God of Abraham (as opposed to the Muslims who simply claim that). Throughout the book of Acts, great men of God used this relation as an evangelical tool. They would commonly make reference to the “God of our fathers” then lead that to Jesus. Clearly then, the God of the Jews is the same God that we are commanded to love and worship. The problem however, is that God has revealed more about Himself in the person of Jesus Christ and the followers of Judaism refuse to acknowledge this God. To worship some subset or version of God is to not worship the true God!

The true crux of the problem relates more to worship rather than to the fact that the followers of Judaism don’t acknowledge God to be God.  John 4:24 teaches that God is a spirit, and those that worship Him must do so in spirit and in truth. To worship Him in spirit and truth you must believe and acknowledge that Jesus is the Son of God! Moreover, John 14:6 says: “Jesus saith unto him, I am the way, the truth, and the life: no man cometh unto the Father, but by me.” If Jews do not recognize that Jesus is God, then they cannot come unto the Father and cannot worship the true God!

Why does it matter?

The truth of this is incredibly important for evangelism. If we are all worshiping the same God, then why does it matter if details of our beliefs are a bit different? My God is your God so we will all come to Him in our own way. But this completely contradicts the Bible! Remember John 14:6? “No man cometh unto the Father, but by Me”! Anyone who does not recognize that Jesus Christ is God is deluding themselves and guaranteeing their path towards hell. Matthew 7:22&23 says: “Many will say to me in that day, Lord, Lord, have we not prophesied in thy name? and in thy name have cast out devils? and in thy name done many wonderful works? And then will I profess unto them, I never knew you: depart from me, ye that work iniquity.”

The people that this verse talks about will enter into judgement believing that they were actually serving the Lord and living for Him! Satan has used the truth of God, with a little bit of lie mixed in, to deceive so many people and set them on the path to hell. It is our duty and God-given mandate to open the eyes of others to the truth and help them find the path that is straight and narrow! Matthew 7:14

Regarding using the “same God” start as a means of evangelism, this can obviously be done with the Jews since it was done throughout the book of Acts; but should not be done with Muslims! Firstly, because Muslims do not worship the same God as Christians in any way, shape, or form, so it would be deceptive to use this method. Perhaps even more important however, is the fact that it is effective when talking with Jews but ineffective when talking with Muslims. The Old Testament is revealed in the New Testament and prophecies of Jesus can be found throughout the Old Testament. So there follows a natural and true progression towards Jesus as God while talking to Jews.

There is no such natural progression when talking with Muslims however! Muslims acknowledge that Jesus lived, taught, and did miracles; but they say that he was merely a prophet of Allah and was not God. In fact, the Qur’an teaches that the Bible has been corrupted and Christians have been misled. Thus, to acknowledge their god as being the same as our God is to validate Islam while discrediting Christianity!

*Please note that the following is not based on Bible and should not be taken as doctrine! This is purely intended as a thought exercise to stimulate Christian

As believers, we often like to pick and choose certain charactersitics of God based on what we want. It was stated earlier that to worship a subset or version of God is the same as not worshiping the true God. Biblically, this is because to have knowledge of the fullness of God while ignoring that knowledge is not worshiping God in truth (John 4:24). So, to what degree that can be taken? The Bible teaches us that God is a trinity that is made up of Father, Son, and Holy Ghost; thus, to worship a being that intentionally excludes one of these while claiming that One is not God is to worship something other than God. The Bible also teaches; however, that God is love, is just, and is holy. Suppose one were to worship a being that is supreme love and, out of love, is happy to ignore our sins and bless us anyway because it wants us to be happy; even though we haven’t confessed those sins or asked forgiveness. That being would not and could not be just or holy. Would this then not mean that the being is not God? But how often do we Christians do this? We like to say that God is holy and just; but in the same breath, focus on the love of God and use that love to excuse our sinful behavior rather than repenting of our sin. I will not go so far as to say that such Christians are worshiping a false god, but I will challenge everyone to think about and question yourself and your worship.

Psalm 119:169 “Let my cry come near before thee, O Lord: give me understanding according to thy word.”


Good article. So many weak "Christians " fall into the lie that as long as you are serious in your service God will accept you. For God to accept you in your sins, no matter how devoted you are, would make Him the God of hypocrites and even a hypocrite Himself! I live in a Muslim country and see every day the harsh fact that Islam doesn't serve my God. May the one and true God bless this labour of love.
Act 26:18 To open their eyes, and to turn them from darkness to light, and from the power of Satan unto God, that they may receive forgiveness of sins, and inheritance among them which are sanctified by faith that is in me.

Fantastic article! You have hit on key truths which are SO important for the cause of evangelism which we are called to do! I especially like the ability to click on to the Bible references and see the whole verse(s) presented. Keep on "...rightly dividing the Word of Truth"!

I truly enjoyed the thought exercise.
I think i will be thinking about it all day. Thank you.

Well put together article. I like how you gave some "verses?" from the Quran. It goes beyond using out Bible(which other may doubt) and puts it into their words so to say. Maybe this will help other learn the truth. Perhaps in one of your next articles, you could give more information on other religion. I know I am a Christian. I know the bible is true. But why be a Christian? What about catholic? And how do different churches believe from us? Non-denomenational? Assembly of God? Church of Christ? Just a thought. I know I have never looked into this and would like to know more.

I appreciate being challenged by the Bible. The Bible is my light, my instruction, my source of faith, and my way to hear God.