How to destroy a Christian 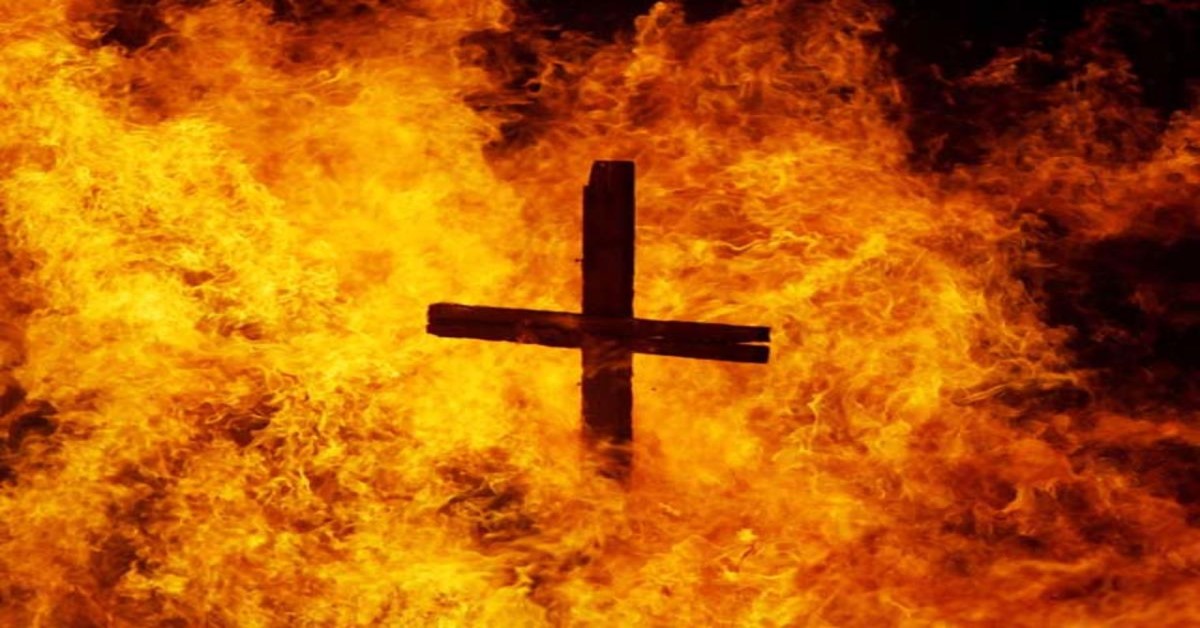 There is a war being waged for souls, and the battlefield of this war can be found in our colleges, universities, workplaces, churches, homes, and even in the hearts of believers (Eph. 6:12). Unfortunately, the majority of Christians are unprepared for this war! The devil has a wide range of strategies and weapons to throw at Christians. Defend successfully against one, and he will simply try another! One of his favorites however, and the one that is absolutely destroying Christians, is doubt.

Doubt negates faith. Christians often pray for more faith, or seek to increase their faith, but God said that faith the size of a mustard seed is enough to move mountains! (Mat. 17:20) Then why are we so powerless? It’s because of the doubt in our hearts! Peter in faith was able to walk on water, and he still had that faith when he began to sink. Peter sank not from a lack of faith, but because of the presence of doubt! (Mat. 14:31). Again, in Mark 9:24, the father of the child understood that his faith was sufficient for healing, but it was only his doubt standing in the way.

The problem is that we as Christians know what we believe, but not why we believe it. We believe that the Bible is true, we believe that God is God, but we are not prepared with an answer when that belief is challenged!

How would YOU answer these? All too often, Christians fall back on half-hearted responses like, “Well, God’s ways are not our ways” or “Well God said it, and I believe it!” If your faith is solid and unshakeable even in the face of challenging questions or supposedly scientific facts, then that’s awesome! But what about the faith of your children? Nearly 75% of all college professors admit to being politically liberal with a full quarter (25%) professing to be atheist or agnostic! These are the people who will be teaching your children for 4 or more years while they are on the very cusp of adulthood! Your children will be challenged daily by both their teachers and their peers; and statistically speaking, your children are not prepared! Research shows that a full 70% of all Christians who go to college walk away from their faith.

Not only will those kind of answers not help your children, but they will also not persuade the challenger! Granted, there will always be people who challenge simply in an effort to make you question your faith and who aren’t actually interested in the truth. But there will also be those who are truly unable to believe because of their own doubts and who could be persuaded towards the truth. We, as Christians, have a duty to persuade them!

The solution to this problem is Biblical apologetics. In spite of how this word sounds, it has nothing to do with apologizing or being sorry! Apologetics is derived from the Greek word apologia which was a legal defense of oneself. Essentially, apologetics is the reasoned arguments one gives to: 1. Prove the truth of the Christian faith, 2. Defend against accusations made against the faith, or 3. Refute beliefs that oppose the truth.

Apologetics is the exact method that Paul used for his evangilism. This can be seen primarily in Acts 17, when Paul was conversing with the philosphers of Athens; but is also visible throughout the new testament. When discussing his faith with Jewish leaders, he relied on Jewish history and the old testament to persuade them of the truth of his words. When talking with the Athenians however, he made reference to their alters and their poets. He always used the listeners’ own belief systems combined with logical reasoning in order to persuade them of the truth of the Gospel!

So how do we accomplish this? First, we must study the Word of God. II Timothy 2:15 commands us to study in order to not be ashamed and to be able to rightly divide the Word of Truth. This isn’t just reading the Bible, but really digging deep into it and seeking to understand it from all directions and contexts. The next step is to challenge ourselves and our faith. Ask yourself, “Why do I believe this? How could I respond if someone presented proof to the contrary?” Never fear to question the Bible because it will always be able to hold its own! Finally, discuss those ideas with other believers. Proverbs 27:17 says, “Iron sharpeneth iron; so a man sharpeneth the countenance of his friend.” Through Biblical conversations with other believers, we can gain a unique perspective into things that we would not see by ourselves. These conversations are beneficial for others as well, since it will challenge them to also begin digging deeper into the scriptures.

So how are you going to respond next time someone tells you that there is an irrefutable error in the Bible, and points out the fact that Genesis says Salah is the son of Arphaxad while Luke says Salah is the son of Cainan who is the son of Arphaxad? (Gen 11:11-13 & Luke 3:35-36). The Bible is supposed to be error-free and inspired yet here there is clearly a mistake! Hopefully, you will be prepared with apologetics answer. And if you are having trouble finding a good answer, be sure to read my other article: “The suprising error in the Bible!”

Hosea 4:6 My people are destroyed for lack of knowledge: because thou hast rejected knowledge, I will also reject thee, that thou shalt be no priest to me: seeing thou hast forgotten the law of thy God, I will also forget thy children.


Very good reminder that there this a battle raging for our children!! Shallow christianity is everywhere, people not taking time to dig into Gods Word and really having a relationship instead of just religion! Hebrews 4:12. Read this article to my son this morning before school, thank you.

This article is different from your others but still brings a good message. Reminds us not to allow doubt to get in our way and truly rely on God's Word. Like how you added a little hanger at the end to catch our attention for the other article. Keep up the great work.

1) It is not God who wanted the world this way, it was eve who was deceived by the devil because she didnt know God that well and it was through Adam who knew it was deception but outright rebelled against God that gave the devil rulership over this earth
Stop blaming our problems on God- it was our decisions and it is not forever- we will die and go to heaven because father God fixed our mistakes by sending Jesus Christ to die for our sins.
2 Contradictions. I remember when I first started reading the bible that I thought there were contradictions but through the years have learned certain biblical truths that cleared what I thought up-turns out I was wrong

It is not amazing that we lose so many of our children to the world. Time is not devoted to God. Entertainment flourishes.
Thanks for the challenge.

Great article... and one that is so apropos to what is occurring in our culture today.
Proverbs 21:16 says, "The man that wanders out of the way of understanding shall remain in the congregation of the dead." We must strive to embrace our Lord and His Word to avoid this tragic consequence of turning from the Truth.